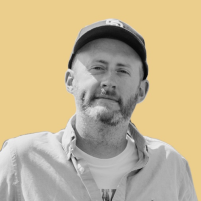 This series is all about diving into the world-class technological innovation conducted by exciting UK startups. Getting to grips with the technology, the mission, and even the stories behind them.

In each edition, we sit down with a different startup founder, leader, or operator in an easily digestible conversational style Q&A format.

Today, we interviewed Angus Barge, CEO of Mojo, to find out how they’re helping thousands of men improve their 'sexual well-being' by overcoming problems like erectile dysfunction.

ED is a real problem in modern society. And, it's not limited to the elder generations as pop culture would have you believe. According to Mojo, 30% of men experience ED by the age of 30.

This often generates feelings of shame, anxiety, depression, and even suicidal thoughts from low self-esteem. The world suddenly becomes a way too difficult affair to deal with. And, it's not something people like to talk about or admit to, leading to a strong sense of loneliness.

Luckily, two brave heroes who have suffered from erectile issues themselves, set course on a mission to encourage the concept of “sexual intelligence” within men everywhere.

Whilst there could be physical ailments that lead to erectile issues, the majority of the time it’s psychological. When founding Mojo, Angus Barge and Xander Gilbert took it upon themselves to target this specific area - in hopes that they can help men across the world, in their quest to regain their pride, and their erections.

Alongside this mission is the issue of combatting the harshest issue for men. One that doesn’t exist physically: shame.

Angus and Xander experienced this themselves. They knew that if they were ever going to take the lead within this industry, shame would have to be the thing they target the most, to remove the roadblock that stops most men from acting to remedy this problem.

Mojo is an app that can be downloaded, right now. It provides daily exercises, videos, and even a forum full of other people, all ready to share their stories, overcome their shame, and help out their fellow community who are united through a collective issue.

Mojo also makes the claim that within 2 weeks, 85% of their user base have already made progress towards fighting ED. Moreover, Mojo is recommended by licensed clinicians, adding to its already well-earned reputation within the ED community.

Not everything is provided purely by Angus and Xander, however. Mojo also hosts a myriad of experts such as psychologists, psychotherapists, relationship therapists, trainers, and nutritionists, to aid people in their goal of overcoming ED.

Mojo made sure they have the tools to aid their customers in their journey to better mental health. This is evident from the community that they’ve built and the rapid growth they’re currently exhibiting.

We had the pleasure of interviewing the Angus to hear from the man himself. Here we go. 👇

What's the mission of Mojo?

Mojo exists to sexually enlighten mankind, ensuring a future where everyone feels proud of the bodies they are in, the sex lives they lead, and the relationships they have.

I read on your website that 30% of men experience ED by the age of 30. Why do you think it's such a widespread problem in today's society?

The number of men struggling with psychological sexual issues like ED and premature ejaculation has increased dramatically over the past 20 years.

It is safe to say that millennials and genZ are the most anxious human beings ever to have walked the planet.

How are you using technology to help solve that problem?

The biggest barrier to getting help is shame. This means 75% of men struggling with erection issues do not seek any help whatsoever. We break down this barrier as the app is built on a foundation of science, data and clinically-proven approaches from psychosexual therapy.

Our audiovisual content normalises sexual issues and connects men to more realistic expectations of what sex is like or could be like, if they rid themselves of the myths.

Your website copy says "85% of men overcoming ED helped in 2 weeks", and, your service works on a subscription model. Is that because the underlying cause of ED is something that has to be kept on top of, via using your app regularly?

We are not really an ED company. In fact we are not really a psychosexual issue company. They are all just symptoms of a greater issue and that is a lack of sexual intelligence. We help men look after their sexual wellbeing, the same way they would their physical or mental wellbeing.

By doing this we help turn a life-crushing condition into better sex and connections that transform the way our members live their intimate relationships. This takes work and ongoing investment.

Where is the business today in terms of milestones achieved and future objectives?

We have nearly 100,000 members in 115 countries. We raised the biggest sex and health tech seed in Europe last July taking on Octopus Ventures and Kindred Captial.

What have been the greatest challenges to overcome on your journey so far, and how did you go about solving them?

It took Xander and I nearly a year from first having the idea to choosing to act on it. We too were suffering from shame. It took a long time to decide to tell another person that we had struggled with erection issues, never mind the whole world. Being the face of a company that deals with erection issues took a long time to think was a good idea.

After that we have had to fight in a hugely competitive talent market. The London tech scene is jumping and lots of companies have lots of money to spend on good people. We have managed to build a world class team by standing out from the crowd and having a social impact that really resonates with people. 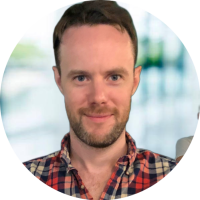 On 17 November 2022, the Chancellor of the Exchequer gave everyone a new plan of action. A lot was revealed, from tax cuts to the latest R&D updates. So what does this mean for SMEs claiming R&D relief?

Preparation and rigour are key, especially when writing an R&D relief claim; knowing common mistakes can in turn help you prepare yourself for the current climate. 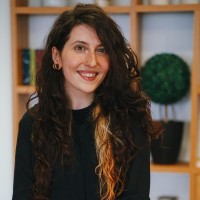 HMRC payment delays: what’s happening and when will things be back to normal?

The HMRC R&D tax credit program has been experiencing delays. Why is it happening and what can you expect?